by The Cubby Creatures 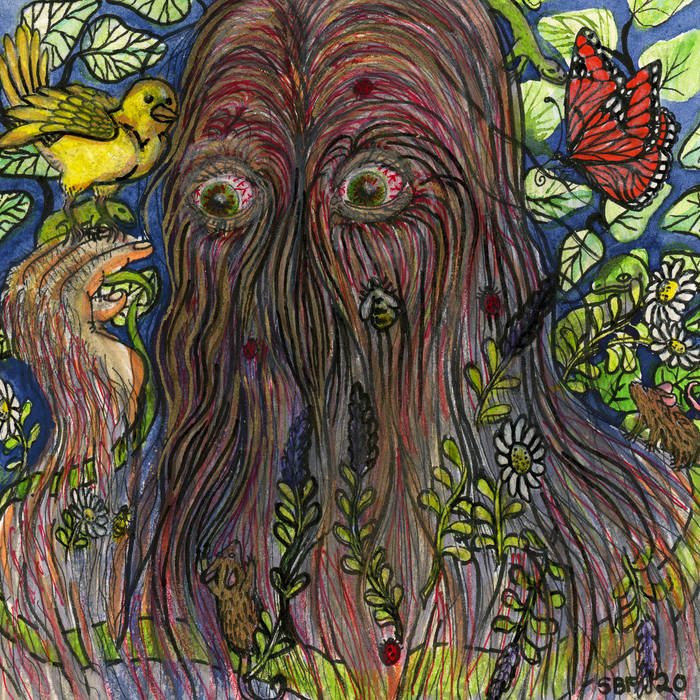 Picture it: San Francisco’s Mission District, 1999. On the verge of a new millennium, a sense of existential dread hangs over the Cubby Creatures, as phantom menaces gather around them, casting spells and shadows that threaten to upend their blissful rock’n’roll lifestyle. Seeking refuge from the stresses of ever-rising rents, soulless Yuppie bosses, and uptight neighbors perpetually objecting to the Cubbies’ late-night jam sessions and backyard performances, the gang converges in the rehearsal space they share with another struggling band at a place called Secret Studios. The huge warehouse space, adjacent to the Cesar Chavez exit of the 101, is just a few blocks from Cubby Control, but nevertheless feels magically removed from the workaday realities that bind them. Here the Cubby Creatures are free to speak from their hearts with their respective instruments--Brian Weaver on bass, Joel Perez on guitar and vocals, Emily Davis on violin, Karl Soehnlein on clarinet, Jason Gonzales on drums, and Bill Fisher on keyboards--and to craft the unique songs, sounds, dirges, and hymns gathered in this volume of their homemade field recordings. Their mission: to invoke, bask in, and raise awareness of the Cubby, that holy spirit of creativity that lives within and around all beings.

While most of the material gathered here was recorded spontaneously in the Cubby Creatures’ rehearsal space by Brian Weaver during the course of the year, several tracks came out of the so-called “Davis sessions,” the band’s infamous weekend sojourn in Davis, California. Borrowing the home of a friend’s musician dad for a few days, the Cubby Creatures brought along their friends Rico Dominguez (of sister band Dolores Haze) and John Vlahides, a gay concierge of their acquaintance. While Rico recorded the band, John V. provided the vocals for Johnson 6, as well as the commentary heard in A Win for Davis and the background vocals on A Message to John John, whose lead vocals were performed and extemporaneously composed by Karl Soehnlein, the band’s clarinetist. A Message to John John captured the historical moment in which America held its breath waiting to learn the fate of John F. Kennedy, Jr.—son of the late president and publisher of political lifestyle magazine “George”—whose self-piloted plane disappeared in the night sky en route to Martha’s Vineyard that weekend. As it turned out, Kennedy had succumbed to spatial disorientation, causing him to crash his plane into the Atlantic Ocean. The Cubby Creatures’ tribute to him lives on.

Other noteworthy moments on this volume include a rare recording of Rhythm Guitar, a staple of The Cubby Creatures’ live performances that never made it onto any of their studio albums; an alternate mix of Until the Quake Comes, a song which later appeared on The Blessed Invention (2000); and the first appearance of The Up Song, here presented in instrumental form.

May this painstakingly catalogued collection of humble tunes from a bygone time continue to invoke the Cubby and call its listeners into communion with the spirit of mirthful creativity that’s ever ready to be released and recognized by us hapless mortals.

The Cubby Creatures are the musical arm of The Cubby, a San Francisco-based art collective practicing awareness of the Cubby, the collective's art-based philosophy of living. One of their mottos is "Revolution through inspired living."

Bandcamp Daily  your guide to the world of Bandcamp